Seeing Through the Financial Fog 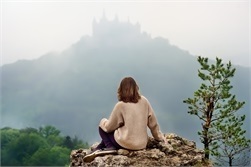 It can't be August already. The summer just started, and school just ended – right? Summer always seems to fly past us too quickly. And while most of us got to relax a bit over the summer, it seems the volatility in the financial markets is not taking a break.

There are significant concerns that the market is expressing through the sharp declines that we've recently witnessed. This is your late-summer guide to what's important, what's less important, and what to do about it.

No matter how experts arrive at this, many economists are now increasing the odds of a recession over the next 1-2 years. As we've discussed in the past, no one can predict the timing, or the severity, or even with certainty that a recession is going to happen. So, much like weather forecasters, economists talk in terms of odds. And just last week, the odds of a recession increased. Since an economic downturn has not happened since 2008, and since trees (or economies) don't grow to the sky, it could be time.

The other important piece of information is the national deficit. This is what keeps me up at night. (That is a just an expression, I'm not actually awake thinking about this, most of the time.) Back in 2008, the government tried stabilizing things with Quantitative Easing (QE) programs and lowering the discount rate from 5.25% down to near zero. Today we're barely above 2% so there's less ammunition available if it's needed. We'll leave that to the college professors to conclude whether that helped.  However, the unemployment rate hit 10% in November of 2009. While this is high, it's not near the 24.9% that happened in 1933 that some were predicting could happen again during that 2008-2009 time period. The government intervention may have helped. Now, with deficits at an all-time high, the government may not have that counter-measure to use.

One last fact:  interest rates in 2008 were much higher than they are now. So, the federal reserve had the ability to lower interest rates more significantly in 2008 than they may be able to now, since rates are already fairly low. Another counter-measure that may not be as powerful as it had been in the past.

With this background, the catalyst for an economic pullback becomes somewhat less important. Once the storm starts, the reasons that it started are just less important than getting through the storm. Whether it's the trade wars with China, or the yield curve, or corporate earnings, or unemployment, at some point there could be a spark.

What to Do About All of This

To help see through the fog, the best answer is to be a disciplined investor who understands how your portfolio might behave in certain economic environments such as a falling interest rate environment, if that should happen. If you need any help, we’re always here.