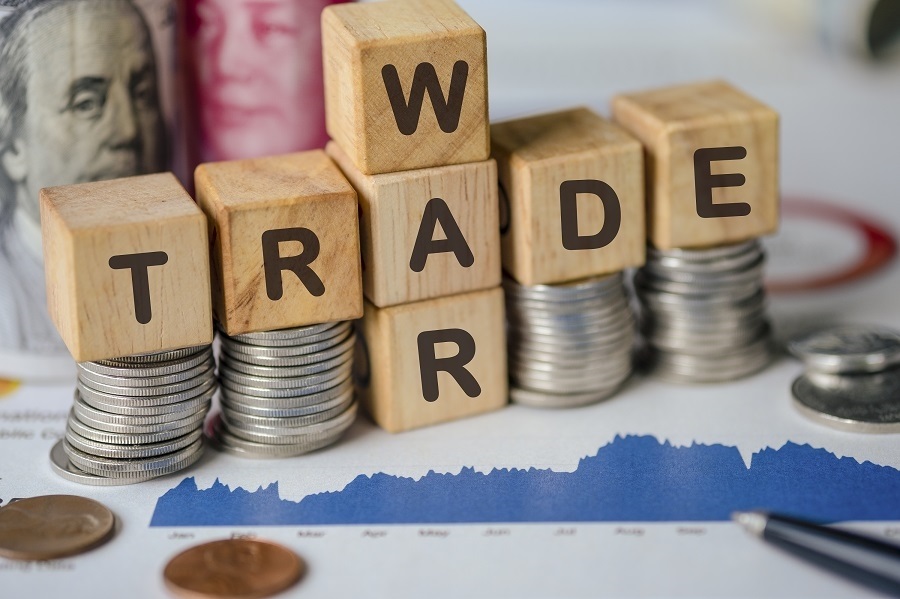 Can I tell you how long I've been waiting to somehow work a Star Wars reference into this blog? For those non-Star Wars fans, "Star Wars: A New Hope" is the name of the first movie that came out in 1977. I was 9 years old, so it was definitely a part of my childhood. With that, let's get into the saga....

At this point, we have all heard plenty about the trade war going on between the US and China. It's been going on for well over a year, and it's made plenty of headlines. The basic idea is that tariffs are either being raised or created with the intent to limit trade between the US and China. This past week, however, we witnessed some unusual economic activity that could be linked to this trade war. And this unusual activity happened in the REPO market. This part is not making the headlines. I don't think that the media is purposely avoiding this, I just think it's very hard to explain. So, I'm going to try to unpack this.

A long time ago... (some background on the REPO Market)

For many years, central banks (not just in the US) have used the REPO market to provide credit when the credit markets tighten. REPO is short for repurchase agreements. These are short-term transactions, often literally overnight, to provide banks and other financial institutions with the liquidity to loan and borrow funds. It's a really important market place. And there is a range of interest rates that the REPO market generally trades within, meaning that a healthy repo market maintains a steady and low overnight borrowing rate.

The REPO market became a little disjointed over the last several weeks. There wasn't enough cash (liquidity) for those who needed it. And this drove the overnight lending rate to 10%, up from 2% a few days earlier. The Fed jumped in and flooded the system with over $50 billion in liquidity over a period of 4-5 days and the rates normalized."

Once we saw how this played out, we came to only two possible conclusions:

The Empire Strikes Back

I know, technically, Japan is known as the Empire. However, if you go back long enough, China was once known as The Empire. And I took a little poetic license. (This is the name of the second Star Wars movie.)

Now, back to the trade wars. Both the US and China are digging in, indicating that we may be living in a world of trade wars for quite some time. We are not sure that China is in a hurry to negotiate and may be waiting until after next year's election to see what happens. And the US has also given indications that the trade wars could be a new reality.

All of this could be pointing towards a global slowdown. The trade wars may have sparked this and the events in the REPO market may be an indicator that liquidity may be starting to be a concern.

OK, so now we know that the odds are increasing that there could be a possible global slowdown over the next year or two, maybe. And that what happened in the REPO market may be an indicator, possibly, except if it's not.

So, the question is, what can you do about it? As I've explained before, it's times like these where mathematics and a disciplined approach to your portfolio matters the most so that you can prepare for any possible outcome.

If you need any help, we are always here.